I grew up with my parents having a transistor radio in the kitchen. It was usually playing news or sports or my Dad’s favorite jazz station. I always liked the idea of having one in the kitchen, to accompany meal prep, cleanup, dishwashing, etc. 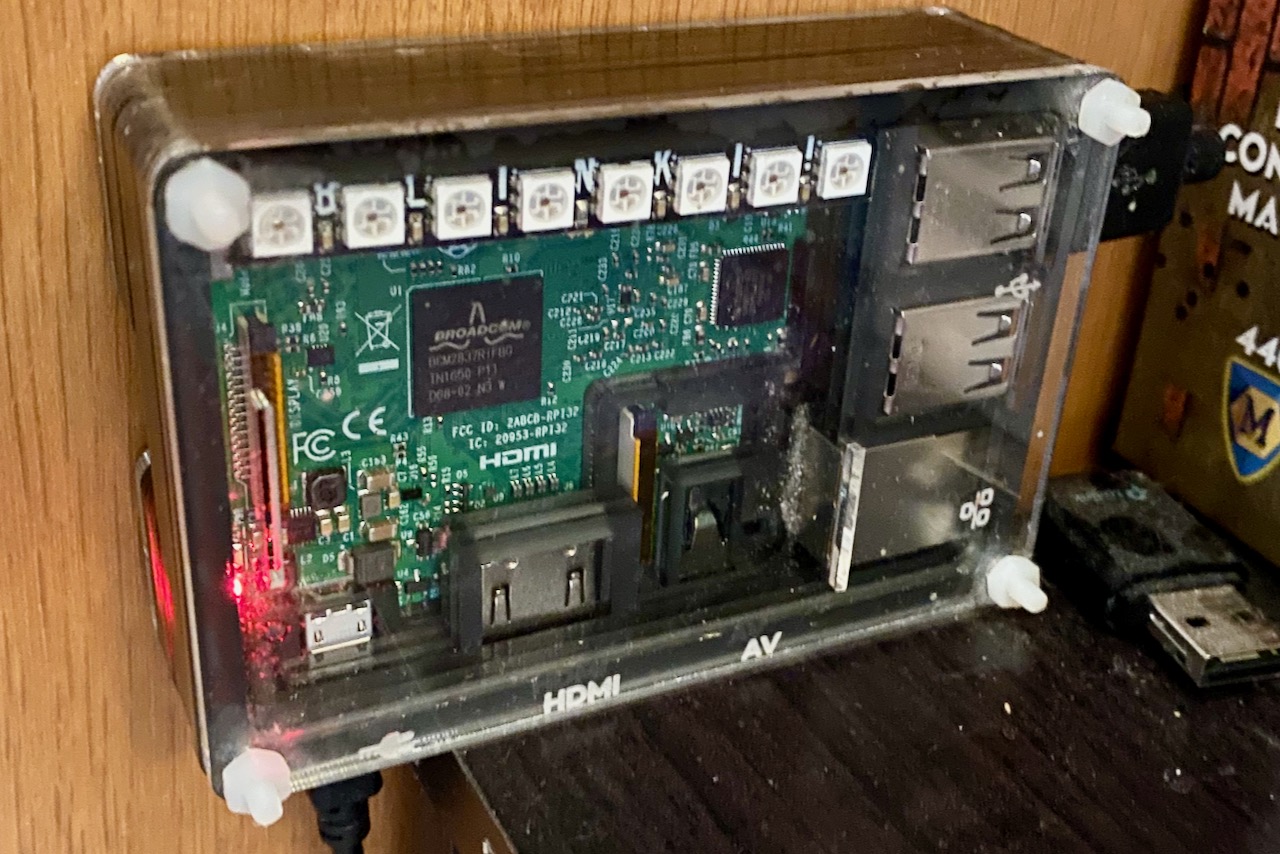 A few years ago, I decided what I really wanted in the kitchen, though, was a streaming radio / remote speaker. I realize I could have gone with a smart speaker or a simple Bluetooth speaker, but I really wanted something flexible, and I liked the idea of building a DIY radio with off-the-shelf parts.

It was pretty easy to build a Raspberry Pi system and get Volumio running on it. In addition to supporting playback of local media, Volumio also supports web radio and can work as an AirPlay remote speaker.

I added a USB laptop speaker with a built in DAC, similar to this one (it fits perfectly on the counter ledge, hidden behind a small plant) and I was ready to go. 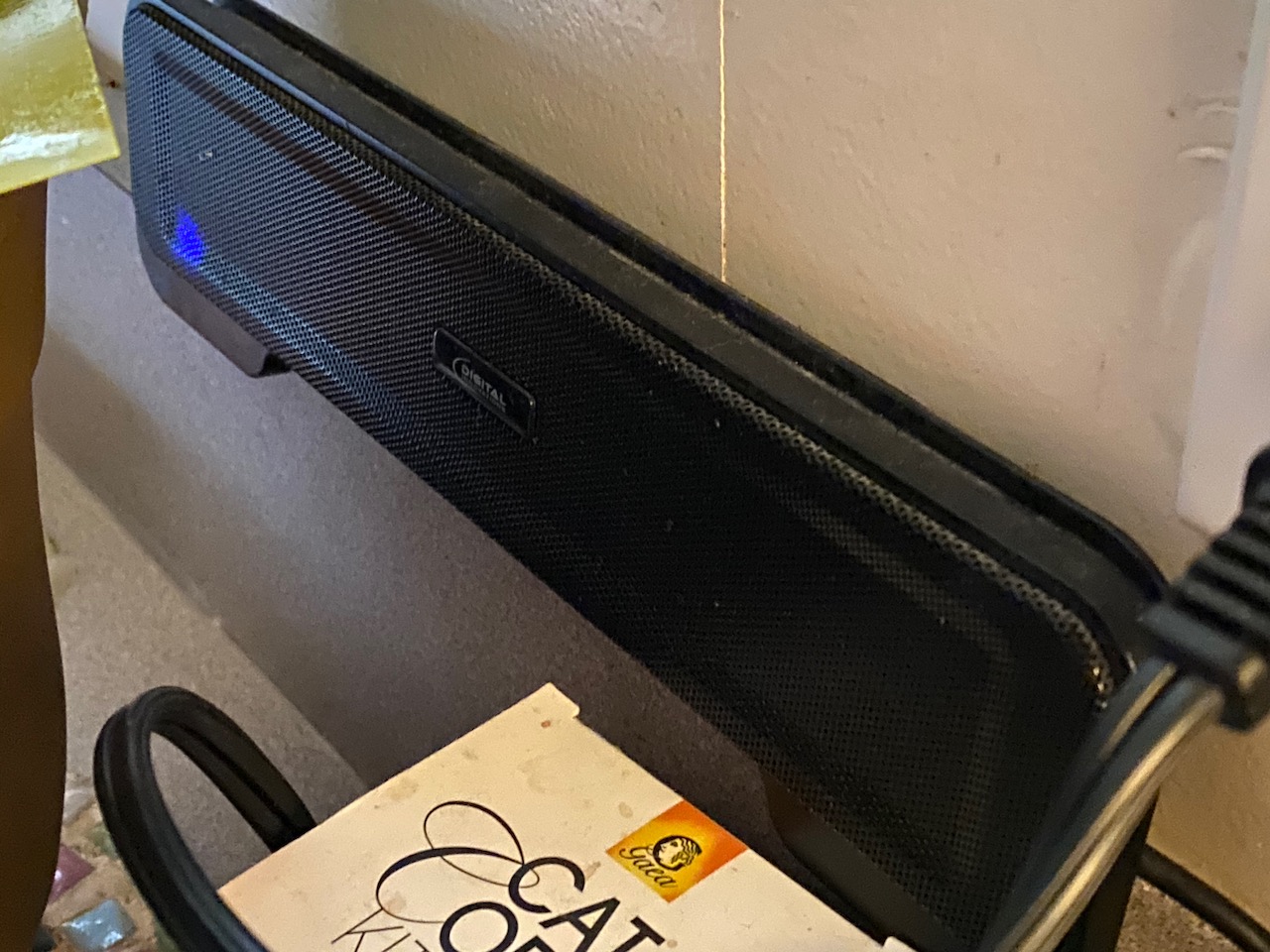 Quite often, I’ll want to stream audio from my phone, when streaming an EPL match, for example. This is pretty straightforward — I just need to switch my audio output to my fancy kicthen radio. 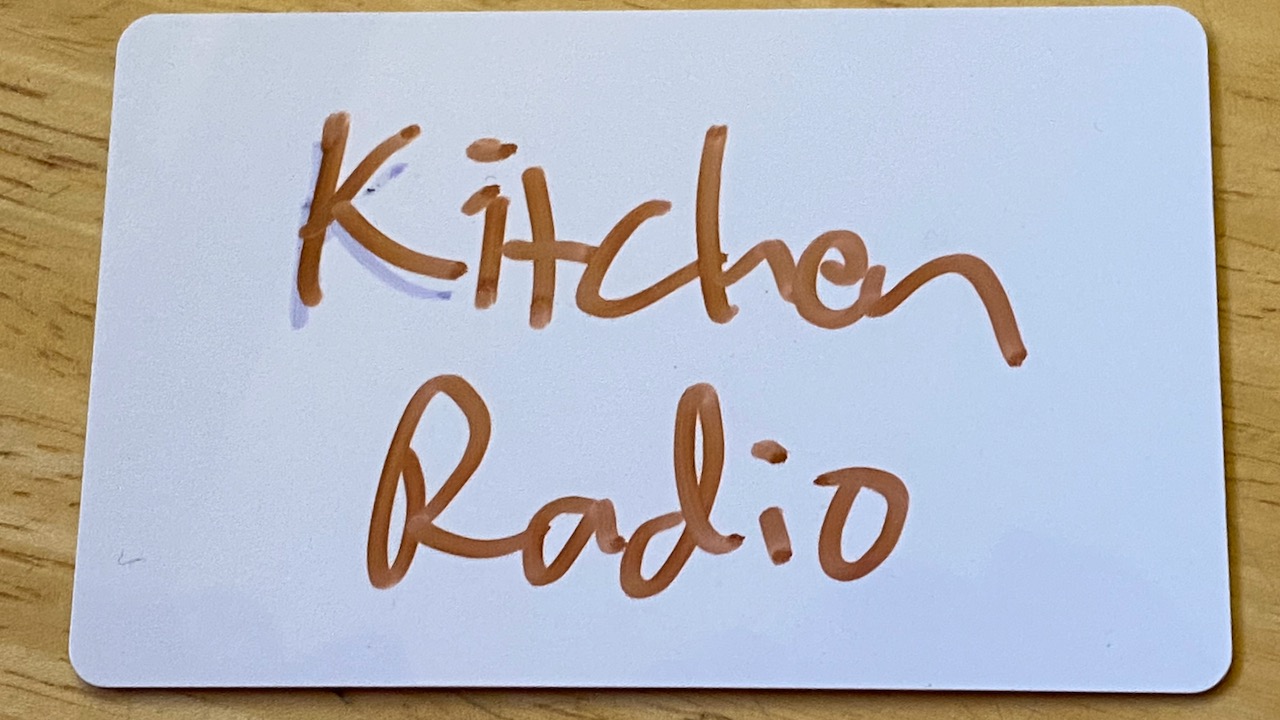 Thankfully, IOS 13 adds some nice automation options that make this as simple as can be. I keep a credit card-sized NFC-enabled card in the little nook where the radio lives. Now, all I need to do is wave my phone past the card and the audio output is redirected to the kitchen radio. This triggers a Shortcuts automation so that I don’t even need to unlock my phone or go fiddling with audio settings.

I love this!  I've been using an ailing Airport Extreme hooked up to a 20-year-old hifi on my kitchen island, but when one of those finally gives out I would love to try something like this.  And the NFC shortcut is such a neat trick!