Which File Extension are You?

In Case You Thought The Syndication War Was Entirely Humorless Handwringing 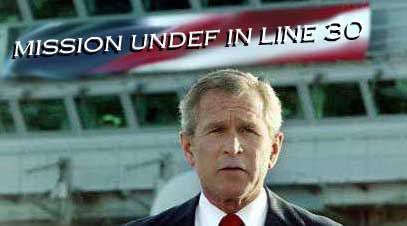 Quoted in full, because I loved it so much:

Every so often (OK, every day) I look down the page here and see a string of completely unrelated items masquerading as some sort of half-baked Weltanschauung and must force myself to imagine that one person's complete and utter lack of focus is another's vibrant eclecticism.

Just thought I'd share that. Hope you're enjoying the vibrant eclecticism.

Very nice. A day. Have one. 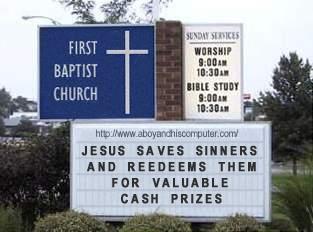 Batteries not included. Not responsible for non-removable sulfur stains on clothing.

Does My Members Only Jacket Have Enough Zippers?

Gawd, I watched too much MTV.

That would be a cool trick

Heh heh, we were just, y'know, joking about that iLoo thing. Really. Honest.

Boobie Chorus Line, plus plus

I suppose this might be unsafe for work, if I could figure out what the hell it is. More über-weirdness from Japan.

Potentially NSFW if you're surrounded by uptight folks. Really, really funny if you've been off of a college campus long enough to laugh at the arch seriousness with which every potential item of offense is treated.

So, has anyone checked... erm, well

Come on, you know what I mean.

Pardon me, I'm here to inspect your pants for weapons

Sidesplittingly funny pickup lines for the next war. Not safe for work (or delicate constitutions.)

"Wonka exerts a powerful psychological grip over the world's children," said Arthur Slugworth, president of Slugworth Confections. "They are devoted to him with a loyalty that borders on the fanatical, eagerly lapping up Scrumdiddlyumptious Bars by the millions at his command. But when we found evidence that Wonka was developing so-called 'everlasting gobstopper' technology--'the mother of all gobstoppers'--we knew it was time to act."

Don't be a dumbass.

HBS: "Actually, the movie is intentionally being named The Two Towers because that's the name of the goddamn story it is based on, one that was written fifty years ago! " - Amen

Definition of a bad day

Firefighters accidentally use the jaws of life on your car.

MARTA SAYS THE INTERESTING thing about fly-fishing is that it’s two lives
connected by a thin strand.