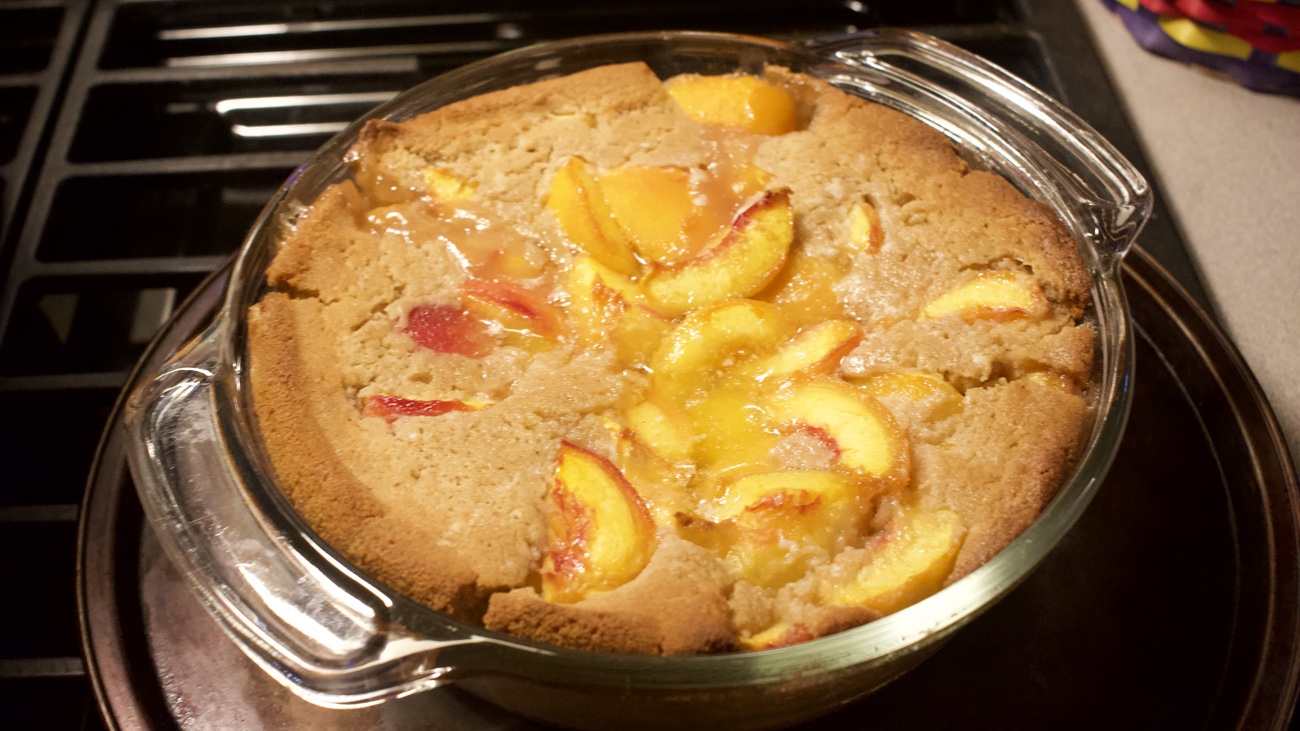 The annual question is: “What do you do when your backyard peach tree produces several hundred yummy peaches every summer?”

The answer, I suppose, is obvious. 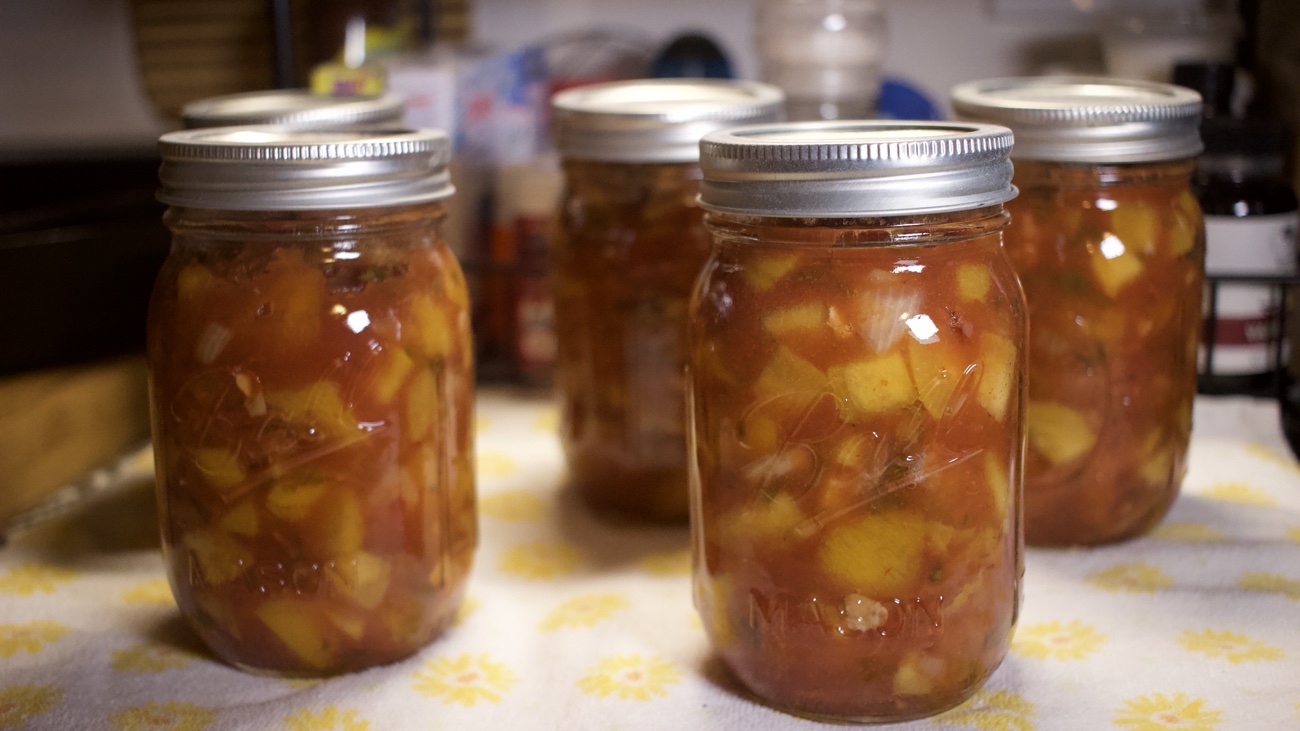 Rituals of the Fall 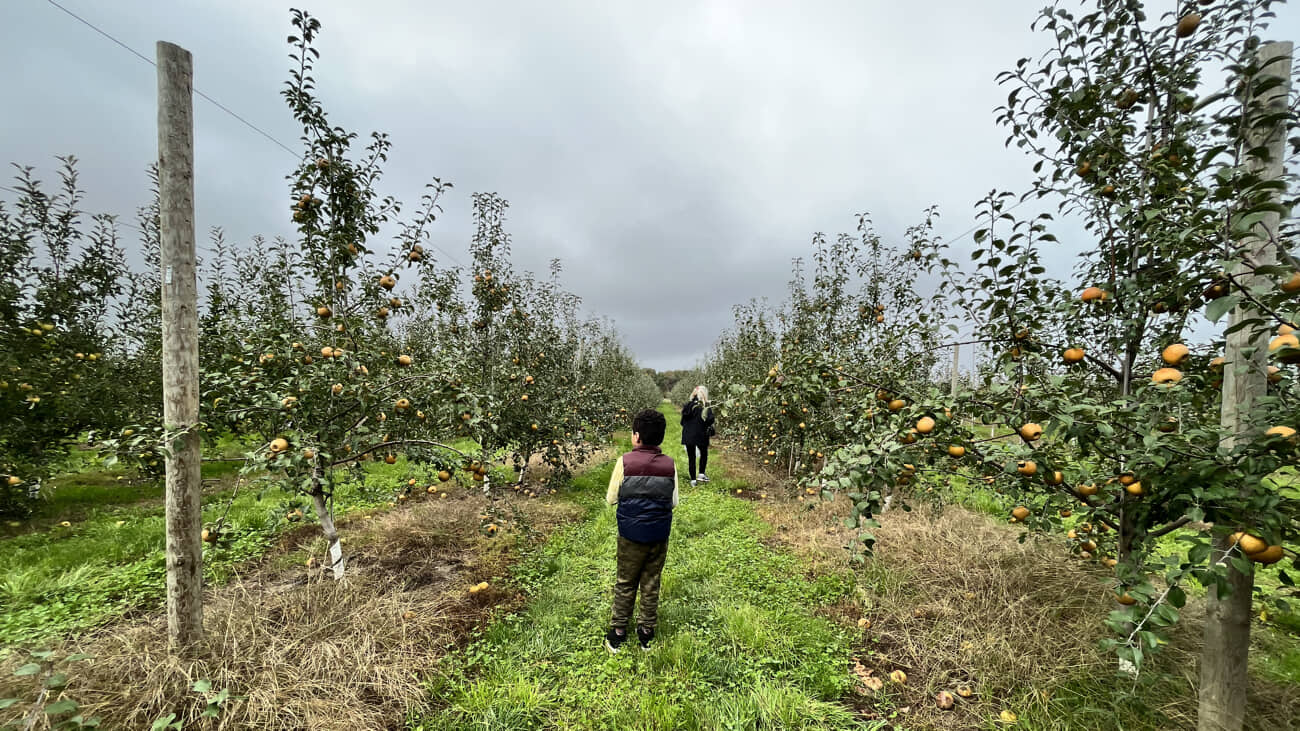 One of the joys of living in a place with actual seasons is that you get to go to the cider mill in the fall. As a born and bred Michigander, young Jacob is a fan of apple cider and donuts, too. 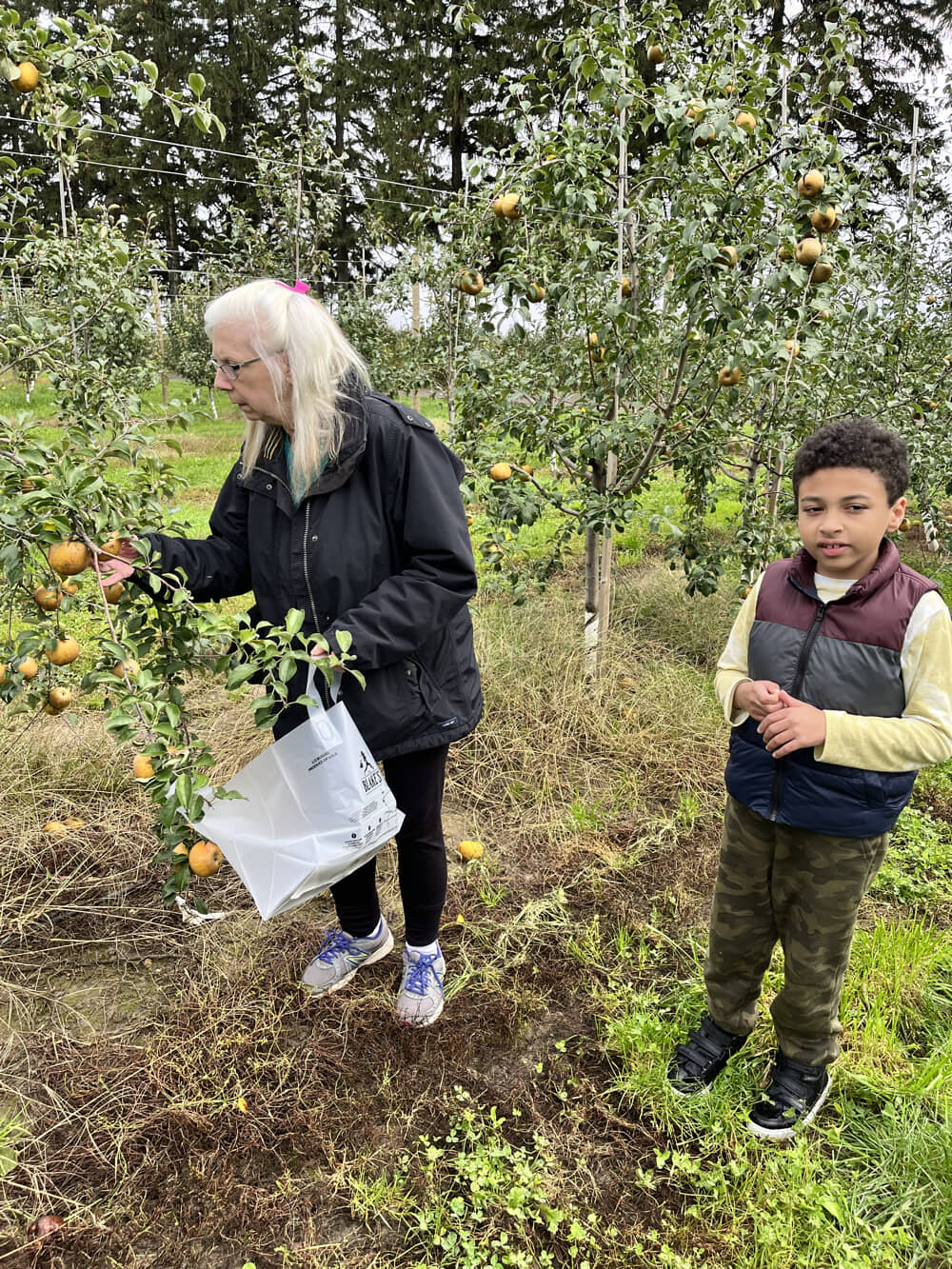 This is the same place we visited back in 2018 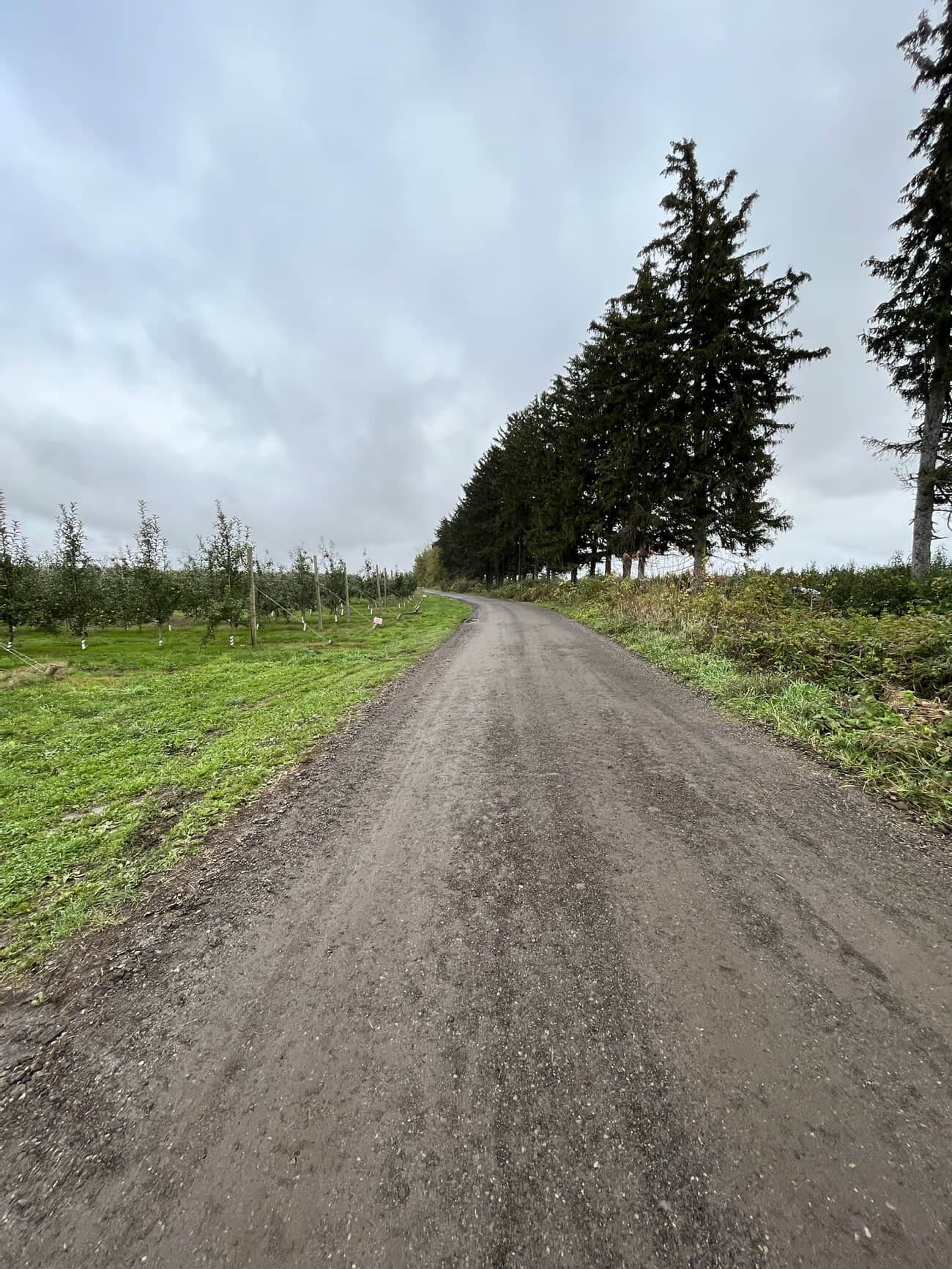 Jacob took a trip out to Blake Farms with his great-aunt Carolyn. 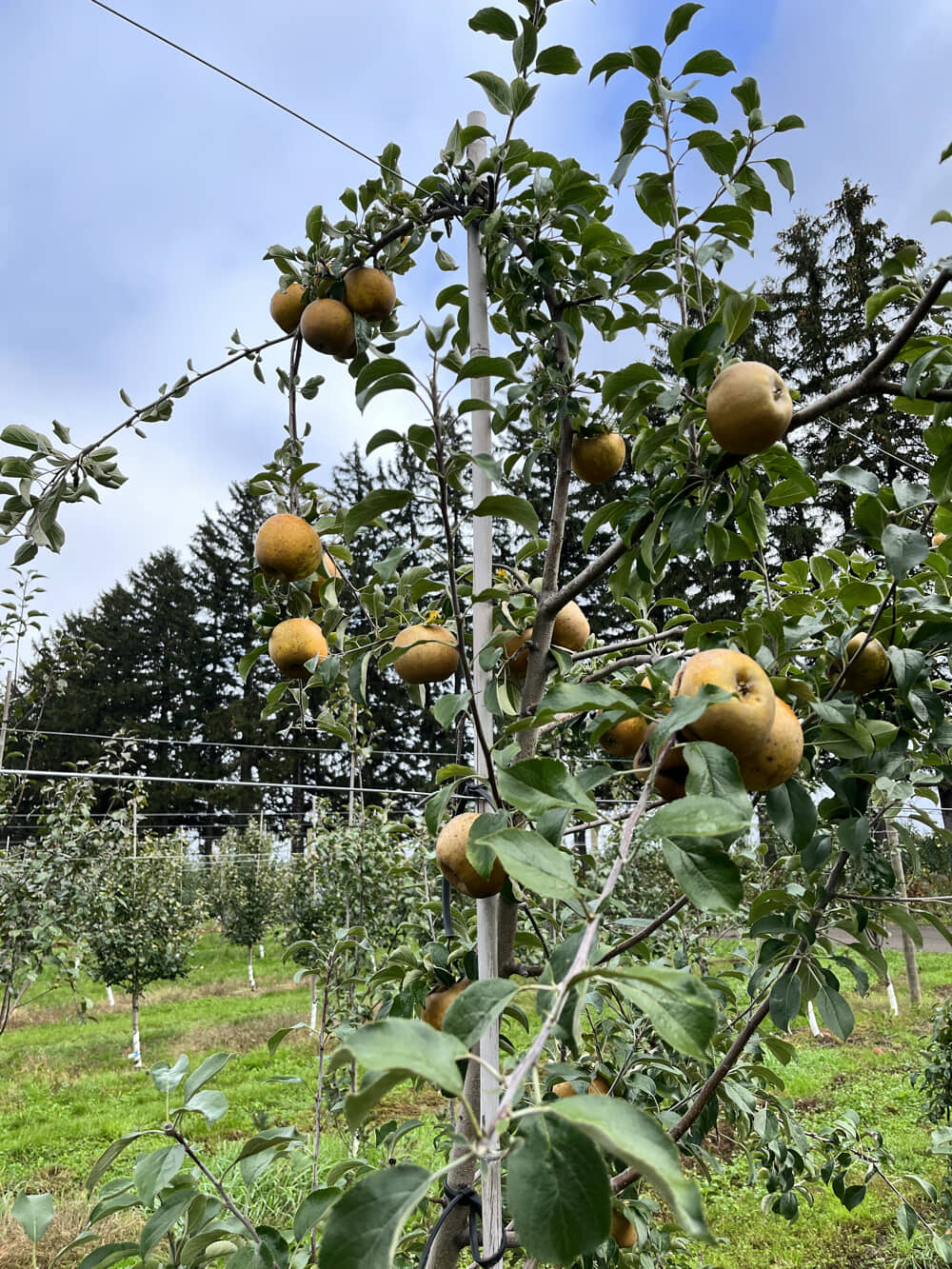 There were u-pick apples, including this pretty Gold Rush variety. 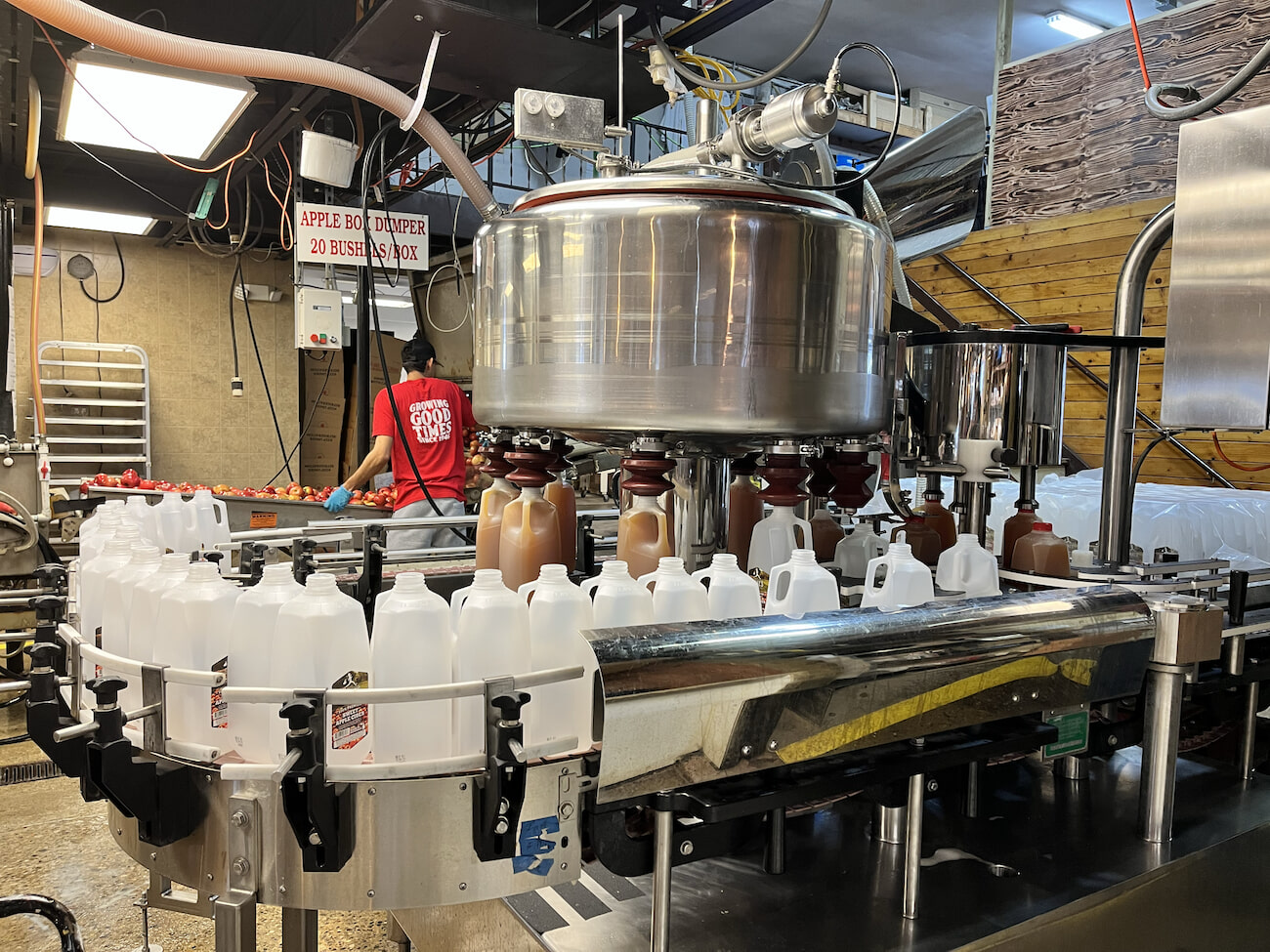 He got to watch the cider being made. 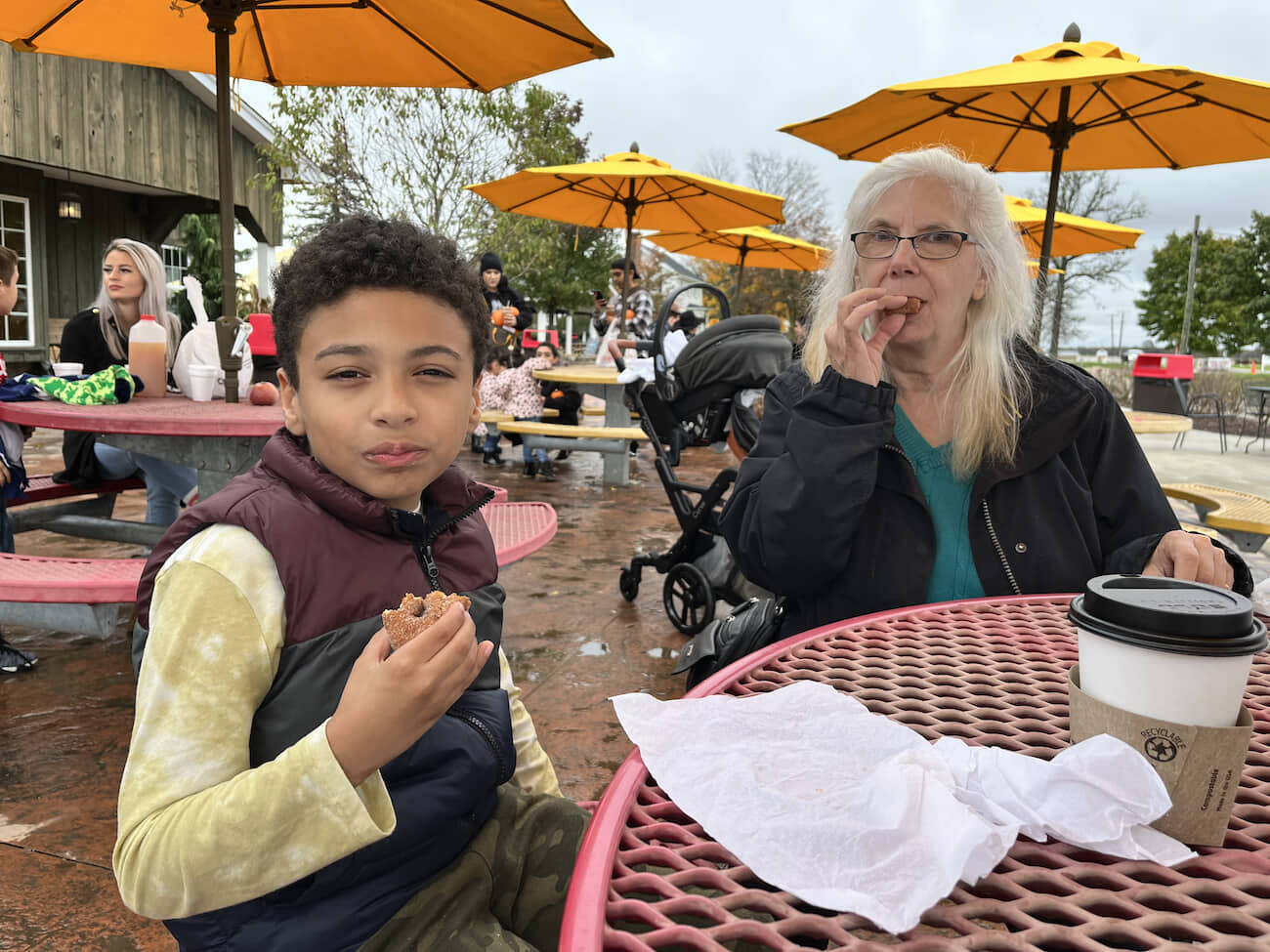 Of course, there was the reward of hot cider and donuts at the end.

The Fruits of Our Labor 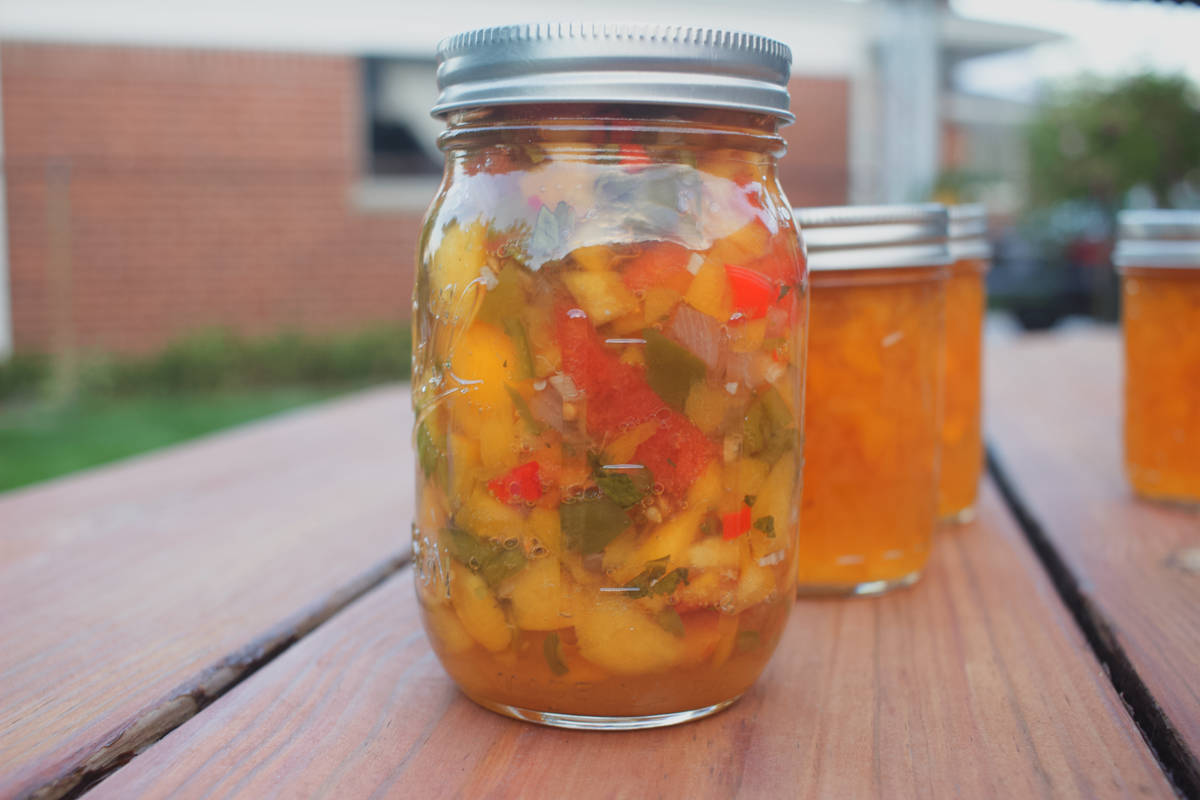 As I mentioned earlier, we had many, many peaches to deal with. We froze a bunch, gave away many, and made salsa and preserves with the rest. They came out great. 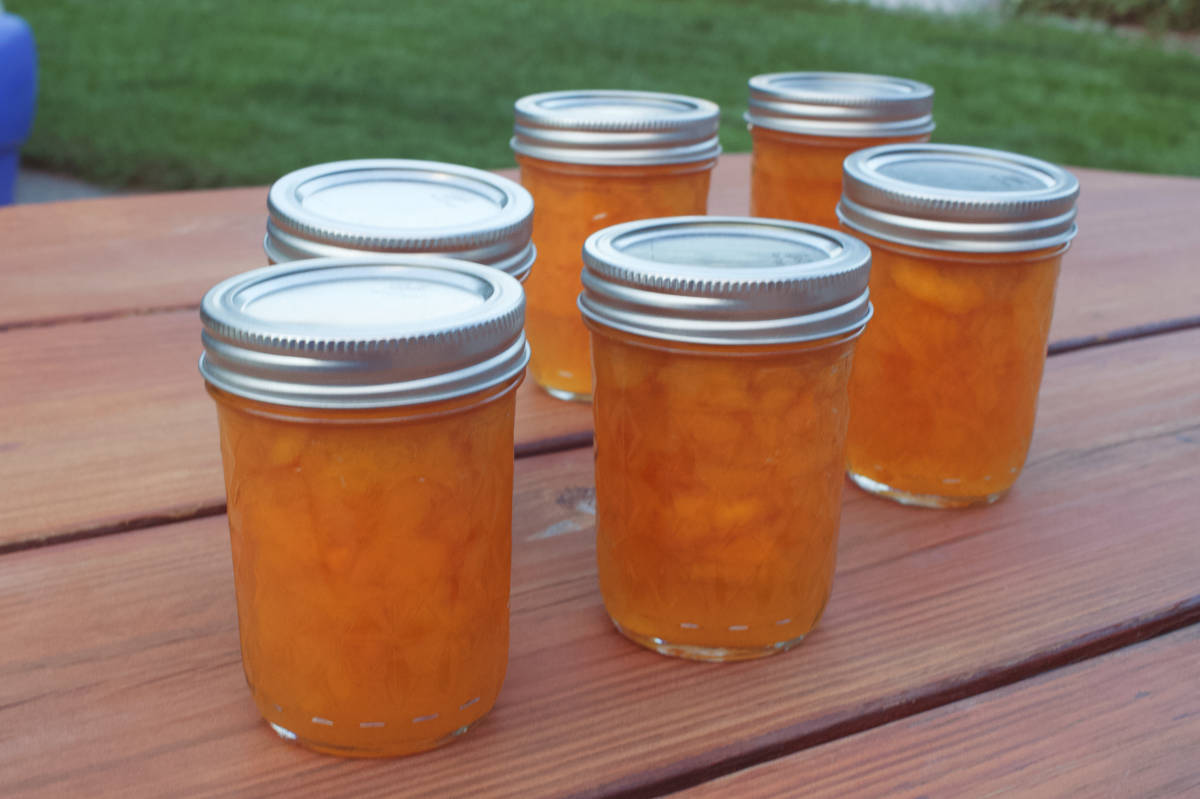 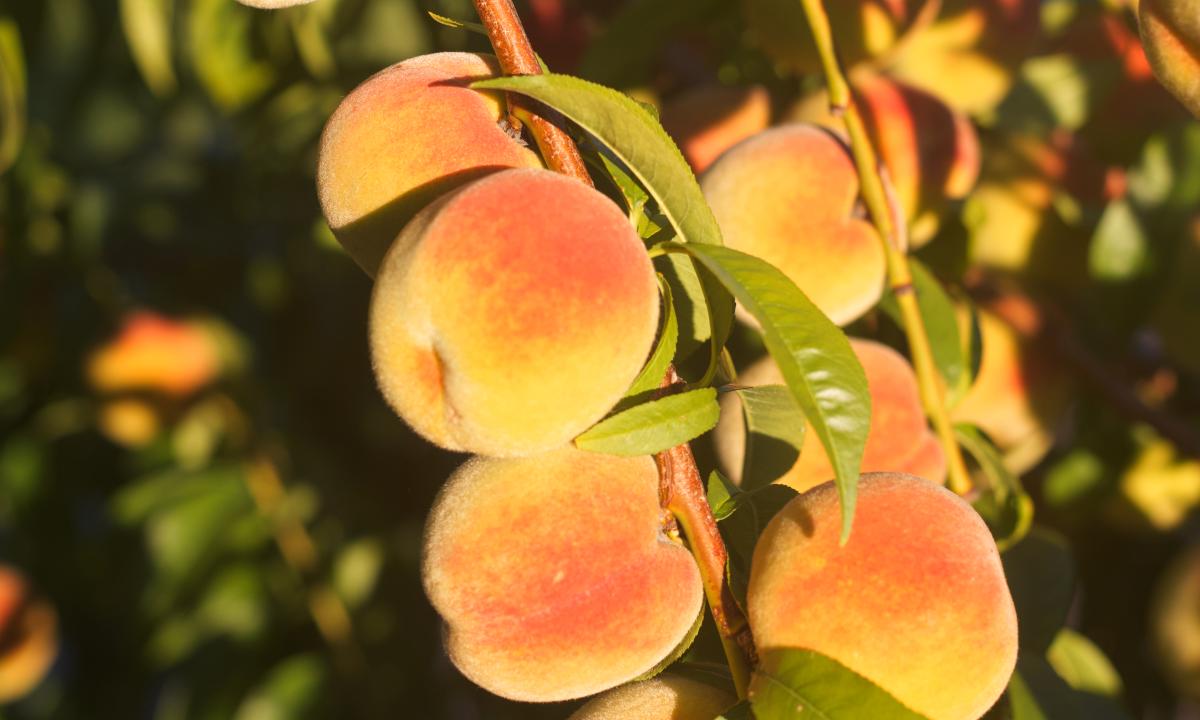 I believe the precise unit term for the quantity of peaches our backyard tree produced this year is the “metric fuckton.” (there were several hundred) 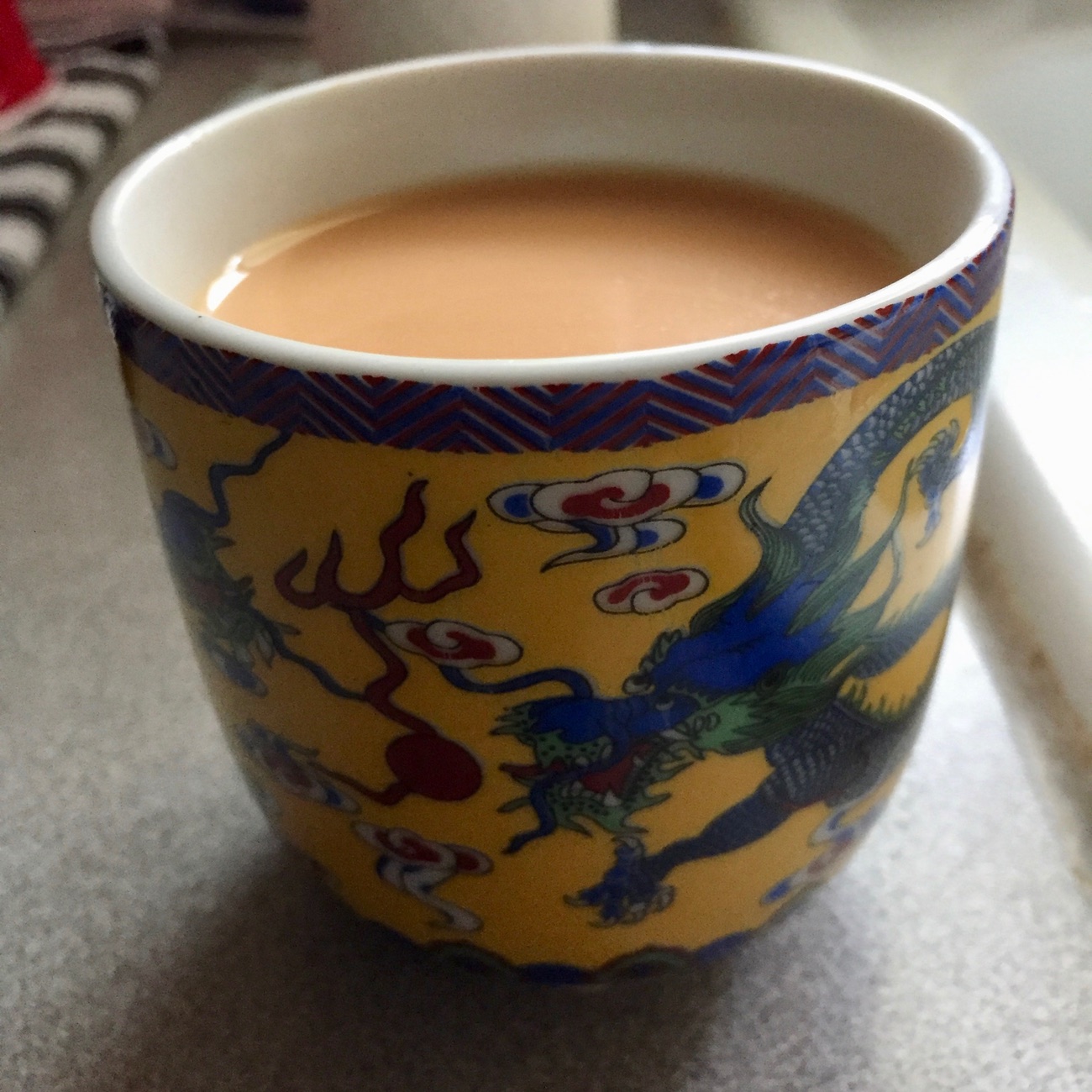 My current obsession is rooibos tea, served with a teaspoon of heavy cream and lightly sugared. Really hits the spot towards the end of the workday.

We’ve got a ton of them, and more every day. Better make some homemade spaghetti sauce or something. 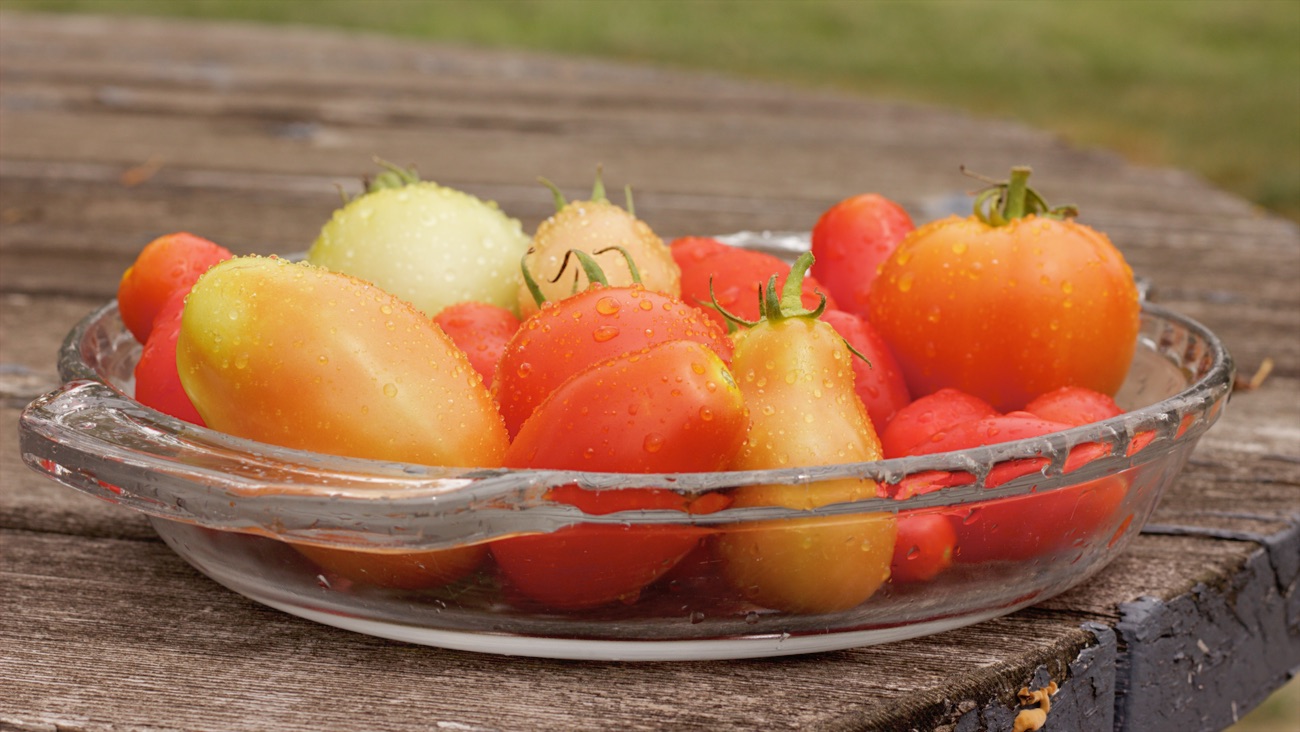 Will quick-boil these and toss them with a touch of salt, coriander, and olive oil to go with tonight’s grilled pork chops. 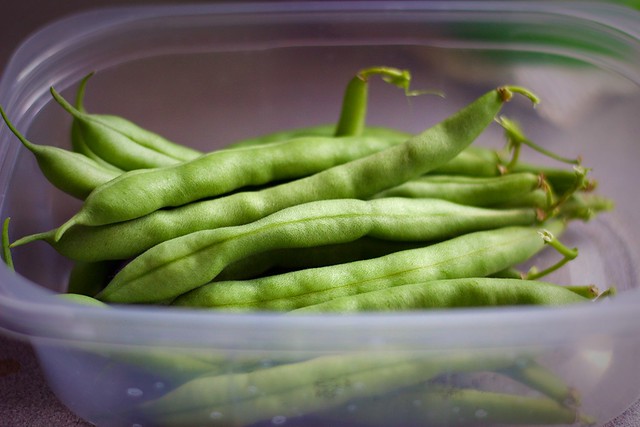 Cut the boneless, skinless chicken thighs into 1- 1 1/2 inch pieces. Sprinkle the coriander, cumin and salt over the chicken, then stir in the yogurt until all the pieces are evenly coated. Cover lightly and let sit for 10 minutes before proceeding.

Melt 1 tablespoon the butter in a large saute pan over medium heat. Raise the heat to medium high and quickly brown about 1/4 of the chicken. Transfer browned chicken to the slow cooker as it is finished, using 1 tablespoon of butter per batch, and repeat until the chicken is all in the slow-cooker. Throw the pierced jalapeno in on top of the chicken.

Prepare the sauce. Return the pan to the heat and melt the butter over medium high heat. Add the onions, garlic, and kosher salt, then stir. Cook, stirring frequently, until the onions begin to lightly brown around the edges.

Stir in the garam masala and ginger and cook until fragrant (about 1 minute) before raising the heat to high and adding the crushed tomatoes and raw sugar. Stir well, scraping the caramelized bits from the bottom of the pan, and bring to a boil. Pour over the chicken in the slow-cooker.

Cover and cook on LOW for 5 hours, or until the chicken is very tender.

Use a fork or whisk to stir the cornstarch or cleargel into the heavy cream until smooth. Pour into the slow-cooker and stir gently until the colour is even. Replace the lid and let cook for 10 minutes or until bubbly around the edges.

Serve over hot rice and peas, topped with a generous amount of chopped cilantro.

It’s Not All Assembly-Line Pancakes 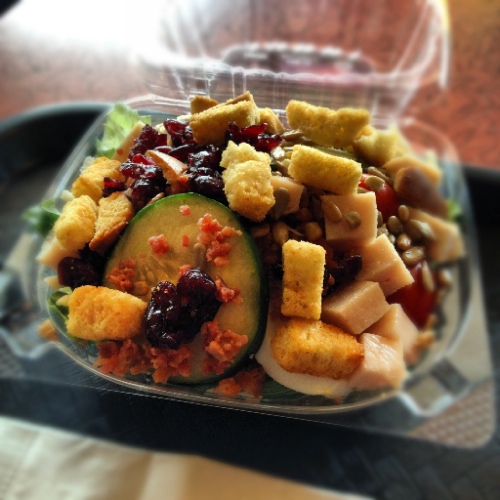 Friday’s lunch, courtesy of Insalata in Troy, a simple round of Frogger away from the office.

Some of these things I may have seen in cookbooks, some are things I heard over the years, and a lot of them are just kind of “common sensical” things I’ve figured out over the years.

I was always under the impression that ports and madeiras were best served at room temperature, but we picked up a port that claimed to be “superb when served deeply chilled”, so now I’m confused. For the record, and maybe it’s just because it’s what I’m used to, when served chilled the port in question seemed way too sweet to me, whereas, at room temperature, it made me long for a smoking jacket and a fireplace, which is generally the state of mind I’m trying to reach when drinking dessert wines.

Is this just in the USA or do they have them for us in Europe too?

No. This is just for us US citizens whose forefathers had the great foresight to leave Europe.

Now we get to celebrate by buying Chinese goods and Indian services for closer to actual worth prices for part of one day.

Since When Are Hard-Boiled Eggs Exotic? 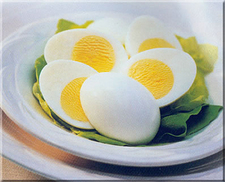 The missus and I had breakfast at Bob Evans today (the Homestead Breakfast, if you follow that link.) The waitress (probably about 20 years old) asked me how I wanted my eggs, and I said “hard-boiled.” She looked at me as if I’d asked for my eggs “cross-bleezled, with a sprinkle of Halon” or something.

“No, hard-boiled will be fine.”

“Hold on, I have to check if we have ‘hard-boiled’ eggs…” (she’s still looking at me as though my head might, at any moment, rotate 360 degrees.)

She disappears for about 20 seconds, presumably to ask one of her cow-orkers whether she knows anything about these ‘harte-boyled’ eggs of which I speak.

“I’m sorry, we don’t cook eggs that way. Would you like them over hard?”

(Hesitatingly) “No, I’ll have them over easy.” (I guess she’d heard of those. They came out fine.)

OK, you'd probably be dead of clogged arteries in a week and a half if you ate them every day, but Panera's Baked Egg Soufflés are... well... most things you can do clothed aren't this good. Seriously the über fastfood breakfast experience.

OK, I have a problem eating healthy food, and I’ve always had a problem (understatement) sticking to my ideal weight, but I’ve been drinking lots of water (probably more than 4 liters a day), and I feel great. Something as trivial as cutting back on soft drinks and increasing water (and fruit juice) consumption really does make a big difference.

Nice To See The Google Blog Loosening Up

Very basic, but it gets the job done. Doesn't get more Midwestern than this.

Everyone has their blind spots -- things that seemingly everyone else in the world already knew, but that they themselves were ignorant of. Over the last week, I filled in one of mine: the Corn Chip Issue. It's a really simple one with a very obvious solution: never buy off-the-shelf corn chips. Fritos, Doritos, and Tostitos are but a pale, flavorless imitation of something you can prepare at home for a small fraction of the money. Somehow, I never realized that all that you need to make tasty, crispy chips that rival the ones you get as appetizers at Mexican restaurants is a 99 cent bag of tortillas from the supermarket and a pot of hot oil. Slice the tortillas into wedges, drop them in hot oil for a couple of minutes, drain them on paper towels and salt lightly. Serve with salsa. That's all it takes. Really, it couldn't be simpler. Somehow I made it through decades without anyone telling me. In case your friends have likewise left you in the dark, I'm blogging it.