Definition: (verb) Pronounce not guilty of criminal charges.
Synonyms: acquit, exculpate, discharge, clear.
Usage: After the long trial, the suspect was exonerated of the murder charges, much to his relief.
Discuss 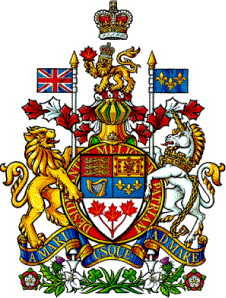 I spent 3 days earlier this week shuttling back and forth between Strathroy and London, Ontario, doing work stuff.

As a kid, I spent several weekends every summer in southeastern Ontario — our family camped quite often at Kettle Point Campground, and some of my fondest childhood memories are of these summer camping trips.

As an adult, I quite frequently visited Windsor, as it is chock full of excellent restaurants and really quite close, geographically, to my home. Before 9/11/2001, the US/Canada border was quite open, and it wasn’t uncommon for people working in downtown Detroit to actually cross the Ambassador Bridge or the Detroit-Windsor Tunnel (“the only vehicular international subaqueous border crossing in the world”) and eat lunch in another country. Sadly, the extra long border checks and unpredictable traffic that followed the terrorist attacks have made that sort of crossing impractical.

It was interesting to note the differences between what I remember from the frequent Canadian visits of my youth to the way things seem to me now, 20+ years on. It’s fascinating to see how much difference 100 miles of geography can make . While things are still fresh in my mind, a bullet list of fun/curious/befuddling things I noticed while visiting our neighbor to the south :)

Creativity in living is not without its attendant difficulties, for
peculiarity breeds contempt. And the unfortunate thing about being
ahead of your time when people finally realize you were right, they’ll
say it was obvious all along.
— Alan Ashley-Pitt