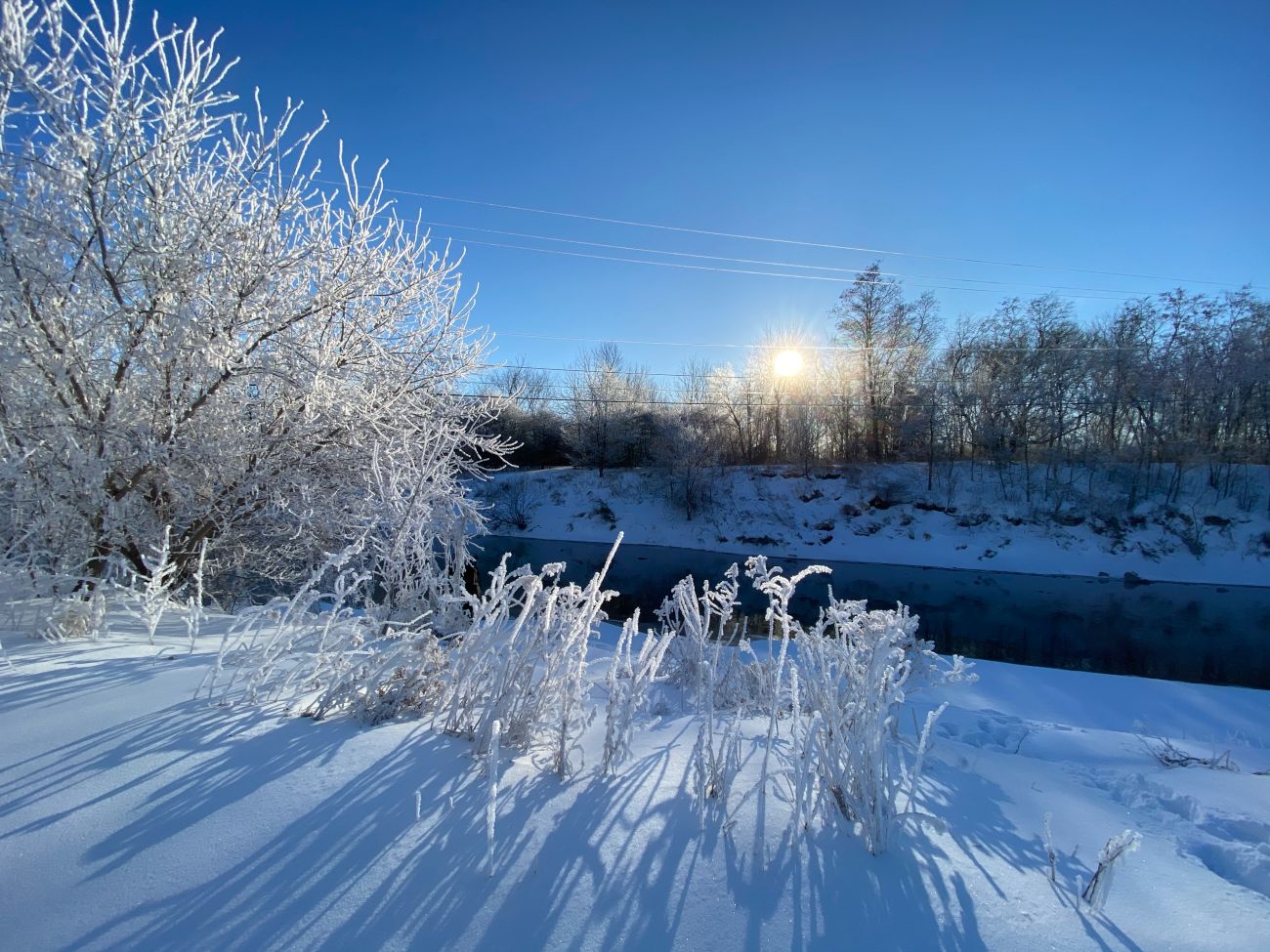 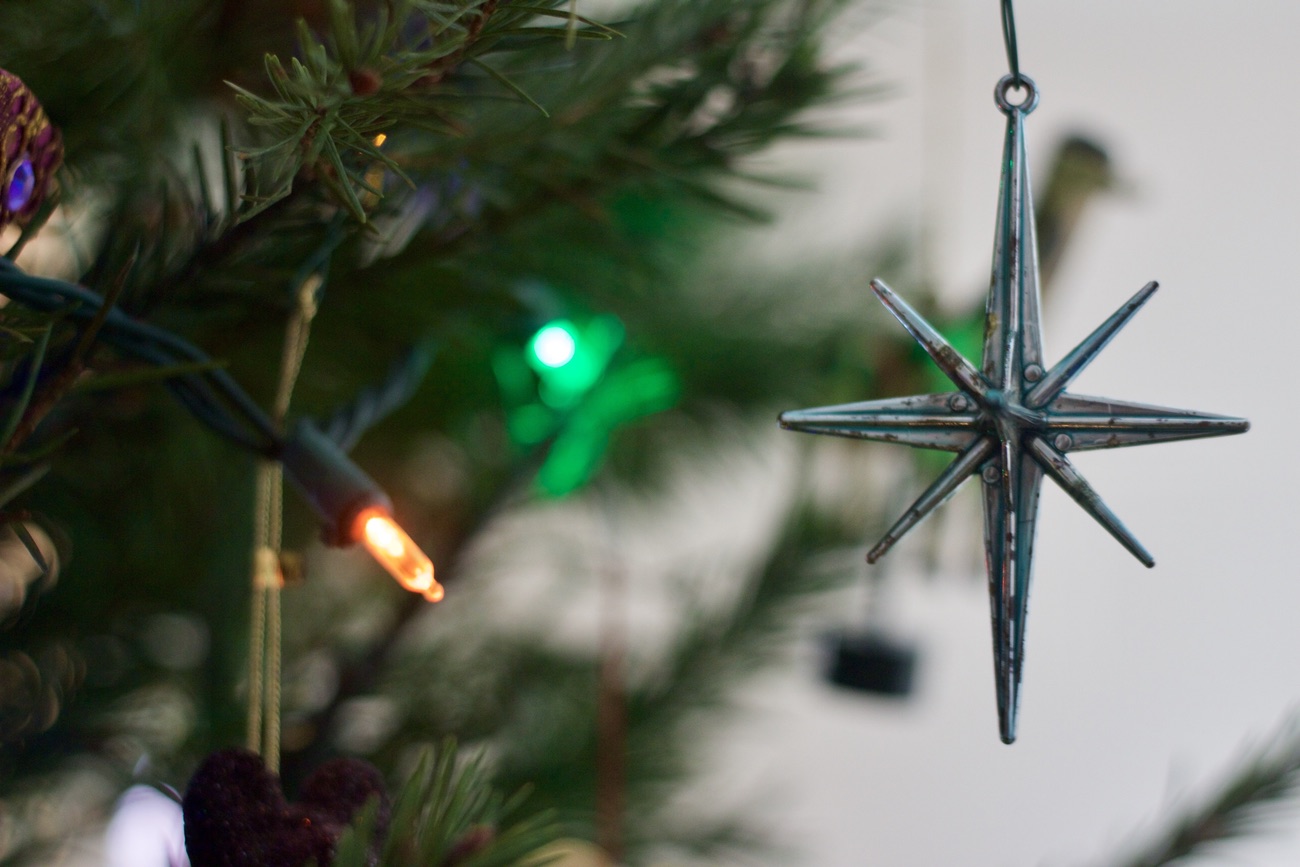 We wish you all things merry and cuddly. 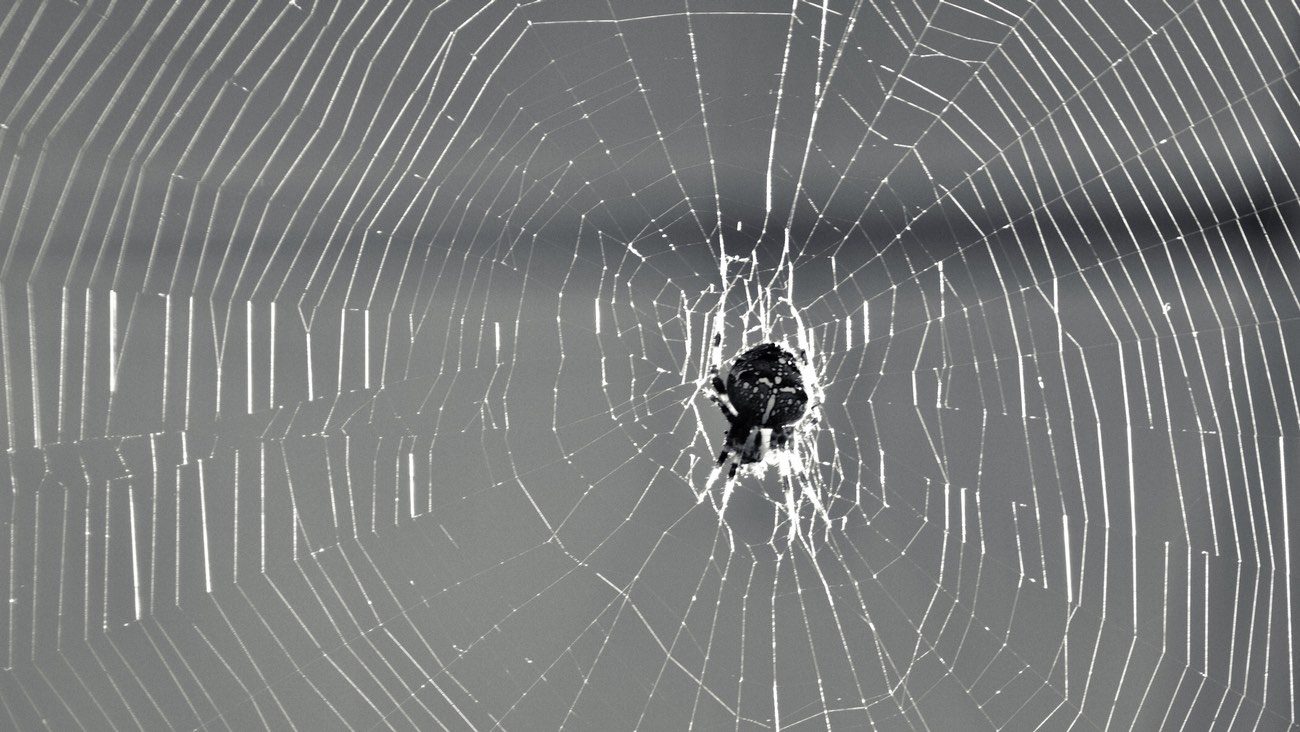 This gal is enormous, probably almost as big across as a nickel (not counting the legs.) There are always flies buzzing around the bush below this web, so I imagine she eats very well.

I hate flies more than spiders, who generally mind their own business, so I’m not going to bother her. It can be pretty, as long as you don’t have to drive in it.

Autumn in My Front Yard I was walking back from the corner gas station and saw a pretty amusing sight. The trees are dropping acorns right now, which means this is pretty much Christmas, the Fourth of July and Guy Fawkes’ Day all in one if you happen to be a member of the Sciuridae family. I heard some chittering and looked up at one of the trees in the front yard. There were two squirrels walking around a long branch, each holding an acorn pod. They were arranging the pods along the branch. It was unspeakably cute. Being squirrels, of course, they freaked and ran when they saw me, but I was able to run in the house and grab my camera. We need milk. I think I'll walk. This is not the sidewalk I'll be taking, though.

All Squirrels, All The Time 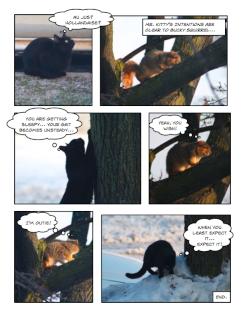 So, I found myself in a deserted playground during magic hour yesterday, and all I had was my iPhone. I really love this shot, I just wish I’d had a real camera with me.

Pretty, until the frost takes 'em out Almost certainly the last week for Tammie’s flowers. They were planted from a big box of seeds very late in the season but I think they turned out pretty well. Not really apparent from the angle is how tall they are. The pink and yellow ones in the left half of the frame are nearly two feet tall. 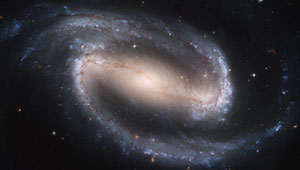 The Great Nebula in Orion 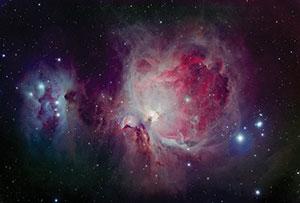 The Great Nebula in Orion is a colorful place. Visible to the unaided eye, it appears as a small fuzzy patch in the constellation of Orion. Long exposure, digitally sharpened images like this, however, show the Orion Nebula to be a busy neighborhood of young stars, hot gas, and dark dust. The power behind much of the Orion Nebula (M42) is the Trapezium - four of the brightest stars in the nebula. Many of the filamentary structures visible are actually shock waves - fronts where fast moving material encounters slow moving gas. The Orion Nebula spans about 40 light years and is located about 1500 light years away in the same spiral arm of our Galaxy as the Sun. 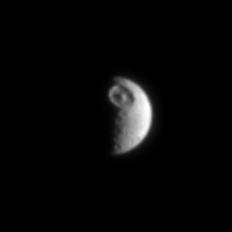 Soon after orbital insertion, Cassini returned its best look yet at the heavily cratered moon Mimas (398 kilometers, 247 miles across). The enormous crater at the top of this image, named Herschel, is about 130 kilometers (80 miles) wide and 10 kilometers (6 miles) deep. (link)

(from Through the Looking-Glass and What Alice Found There, by Lewis Carroll, 1872)

`Twas brillig, and the slithy toves
Did gyre and gimble in the wabe:
All mimsy were the borogoves,
And the mome raths outgrabe.

"Beware the Jabberwock, my son!
The jaws that bite, the claws that catch!
Beware the Jubjub bird, and shun
The frumious Bandersnatch!"

He took his vorpal sword in hand:
Long time the manxome foe he sought --
So rested he by the Tumtum tree,
And stood awhile in thought.

And, as in uffish thought he stood,
The Jabberwock, with eyes of flame,
Came whiffling through the tulgey wood,
And burbled as it came!

One, two! One, two! And through and through
The vorpal blade went snicker-snack!
He left it dead, and with its head
He went galumphing back.

"And, has thou slain the Jabberwock?
Come to my arms, my beamish boy!
O frabjous day! Callooh! Callay!'
He chortled in his joy.

`Twas brillig, and the slithy toves
Did gyre and gimble in the wabe;
All mimsy were the borogoves,
And the mome raths outgrabe. 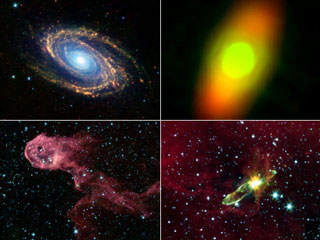 We had a really good view of last night's eclipse. It was a completely cloudless night, cold as hell, and manageable light pollution. At twilight (between 5 and 5:30 or so), the moon was low to the horizon, orange, and huge. As the sky darkened, the moon rose higher above the horizon. A slight shadow started to creep from the bottom left of the moon's disc, peeking just over the edge. It was fascinating to watch. The edge of the shadow was very sharp and easy to see. Over the next 2 hours, it made slow yet steady progress, until at about 8PM, when the moon was perfectly shadowed. Pretty.

You swing at the Sun. You miss. The Sun swings. He hits you with a
575MB disk! You read the 575MB disk. It is written in an alien
tongue and cannot be read by your tired Sun-2 eyes. You throw the
575MB disk at the Sun. You hit! The Sun must repair your eyes. The
Sun reads a scroll. He hits your 130MB disk! He has defeated the
130MB disk! The Sun reads a scroll. He hits your Ethernet board! He
has defeated your Ethernet board! You read a scroll of “postpone until
Monday at 9 AM”. Everything goes dark…
— /etc/motd, cbosgd